After some discussion on the SOTA Reflector regarding ‘accessible’ SOTA summits for less able potential activators, I was reminded of an old posting and the BurtonARC website, which although is now defunct, can be still found via archive.org:

Following on from that work, originally done by Steve Warren, M0KPO, I thought I would use Google Earth, and the ‘flood tool’ as described by VK2GOM’s Ham radio and SOTA Blog to show the activation zones for a few of the G/WB SOTA summits that would possibly be of interest to people hoping to activate relatively easy summits.
I have activated all of these, and probably only Long Mynd Pole Bank (G/WB-005) would not be ‘drive on’ summit, although it appears from the ‘flood map’, the Portway may just skirt the Activation zone where it passes nearest to the south east of the trig point.

The other 3 summits have roads that actually run through the activation zone, one, Ruardean Hill (G/WB-021) does have seats next to the car park, which could be useful.

As ever, it is necessary for the activator to ensure that the SOTA rules are adhered to, in particular:

Operations must not be in, or in the close vicinity of, a motor vehicle. No part of the
station may be connected in any way with the motor vehicle. However, the use of a bike
(non-motorized) or animals to enter the Activation Zone is permitted.

For all of these summits, the ‘flood level’ was set to the height of the summit (From the G/WB summit list) minus 25m, rather than taking the height listed in Google Earth. As ever, it would be best to verify the activator’s position is actually within the 25m vertical limit from the summit as per the rules. Several smart phone apps are available to show the altitude at your location. 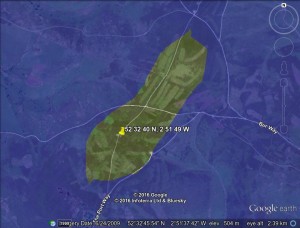 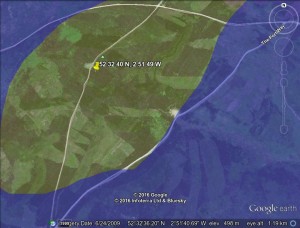 The Portway skirting the AZ

The footpath up to the trig point is not particularly steep, and mainly well maintained. From the Shooting Box car park (at the top of the image) there appears to be some water damage, from Pole Cottage car park (at the bottom of the image) it is well maintained, although some walking along the road will be necessary to get to the path.
The ‘road’ from East to West across the AZ is probably only suitable for 4×4 vehicles. 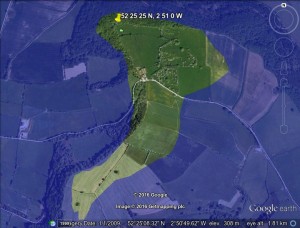 The road bisecting the approximate Activation Zone on G/WB-018 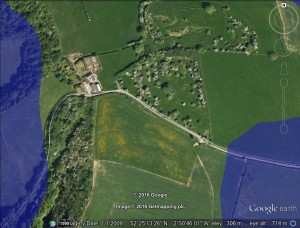 There should be room for one car at the entrance to the old quarry, towards the East of the road bisecting the AZ 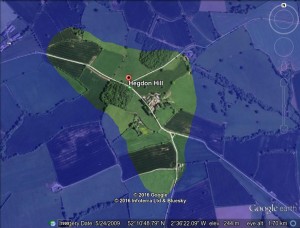 The trig point is apparently on private land, but there is parking on the road side, G/WB-023. 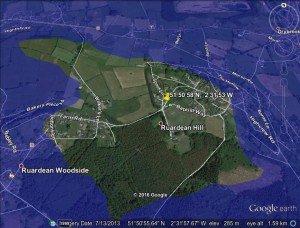 Seats are available next to the small car park! G/WB-021