After the successful activation of Mount Gibraltar earlier in the day it was down the Hume Highway before turning off down towards Canberra. Such a pleasure driving on roads that weren’t bumper to bumper! Only things I didn’t see, were kangaroos.. well, except the ones at the side of the road that had obviously come worse off when meeting cars and trucks 🙁
Time was getting on,so after I’d found the hotel and checked in, I drove backup Mount Ainslie, vk1/ac-040, to the fairly large car park, with only one of two cars parked. Menacing clouds were starting to gather, and the distant rumble of thunder meant that I probably wouldn’t be on top of the hill too long!

40m into the linked dipole quickly rattled off 4 QSOs that meant, at least, that I’d qualified the summit, and had it as a ‘complete’ too, which was nice!
Switching to 20m provided another 2 QSOs on the linked dipole. 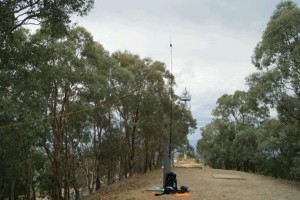 hf setup, ends of dipole in the trees

A further one qso back on 40m before I wimped out and pulled down the dipole, putting the 2m moxon on the pole for 3 further 2m fm QSOs 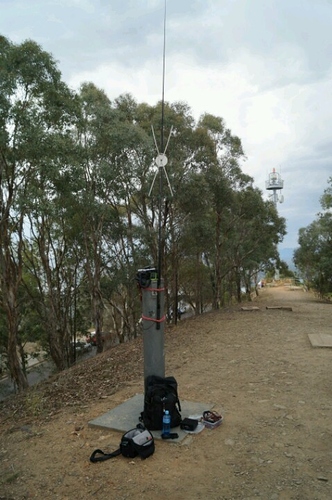 Tiny moxon antenna on the pole

After numerous ground strikes from lightning, getting visibly closer, I hastily decided enough was enough and packed up, apologies if I missed anyone.

I would have liked to have stayed longer, but safety comes first! 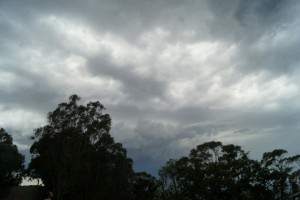 angry clouds, bit like the UK, but with warm rain 😉