I noticed in the days before the weekend of the 18th/19th July that SSTV (Slow Scan TeleVision) images were to be transmitted from the amateur radio station in the ISS Russian Service Module to commemorate the 40th Anniversary of the Apollo-Soyuz Mission.
Unfortunately, I was rather disappointed to find that the majority of the ISS passes were due to be in the very early morning of the 19th. Far too early for me to be awake 😉

I thought I’d leave the FT897 on overnight, fed from the ‘white stick’ antenna on the eaves of the house, via a Signalink USB interface, with MMSSTV running on the laptop in the hope of capturing anything.

Overnight from Friday to Saturday, tuned to 145.800Mhz FM, didn’t appear to capture anything from any ISS pass, which was rather disappointing, but it may have been that the SSTV images weren’t being transmitted. I had a play about on 20M on Saturday to ensure that HF SSTV images could actually be decoded, and I managed to capture quite a few, mainly from Europe, one or two from the other side of the Atlantic as well.

Hopefully, I left it all running again over Saturday night / Sunday Morning, hoping to catch at least one of the passes and hopefully some images.

Success! here are the images captured, direct from the ISS to planet Earth 😉 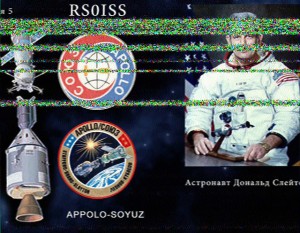 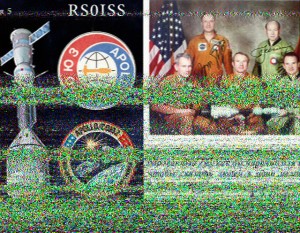 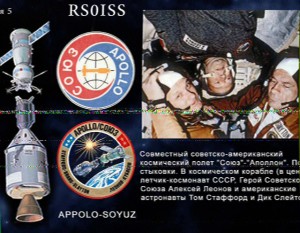 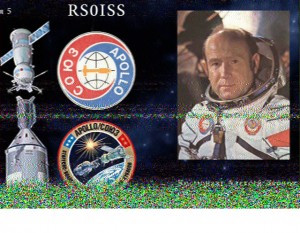 And, finally, the only one I actually saw decoded live…  (this was a low pass, something like 16 degrees, so I was rather surprised to receive anything at all!) 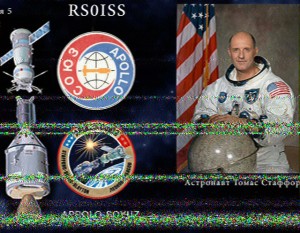 It should be possible, of course, to decode such images by using a ‘cheap’ RTL based SDR, the signal strength noted during the final pass was equivalent to someone less than 10 miles away using a 2M handheld.